TOP 10% IN THE NATION FOR CANCER CARE 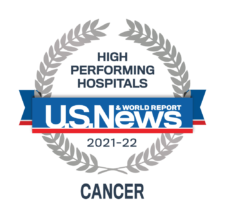 Neuroendocrine tumors can be found all over the body. They are most commonly found in the abdomen, and are sometimes further classified as pancreatic neurendocrine tumors (PNET), when found in the pancreas. PNETs are NETs that arise in the pancreas. They tend to have a slightly worse prognosis in comparison to NETs. Both PNETs and NETs tend to be slow growing tumors that are treatable even after they have metastasized.

Although NETs are much less common than most GI malignancies, SEER data (from 1973-2004) shows a dramatic 5-fold increase in diagnosed cases. Diagnosed incidence of NETs is predicted to continue rising at a faster rate than most other malignancies.

A way of classifying Neuroendocrine tumors is by the secretion of hormones from the tumor:

Symptoms of neuroendocrine tumors depend on the type of tumor and its location, whether it produces excess hormones, how aggressive it is and whether it has spread to other structures in the body. NETs can be very difficult to diagnose and may take many years to grow to a size larger enough to be seen in imaging scans or produce symptoms.

Up to half of all neuroendocrine tumors produce excess amounts of hormones that produce symptoms in the affected patient. For example, in patients with insulin producing NETs of the pancreas, excessive insulin decreases blood sugar levels so that symptoms of severe hypoglycemia develop. Whereas excessive hormones caused by other NETs may cause symptoms such as flushing, diarrhea, asthma and heart valve problems.

If neuroendocrine tumors are suspected, it’s important to seek proper evaluation and treatment from a healthcare expert experienced in the diagnosis and treatment of gastrointestinal issues.

Generally, the causes of neuroendocrine tumors are unknown. However, certain types of rare family syndromes have a higher risk of developing NETs, such as:

Expert Care You Can Trust

Hoag’s committed to accurate diagnosis, combined with progressive therapeutic options enables Hoag patients to achieve some of the highest clinical outcomes in the nation.

A clinical nurse navigator serves an important role as facilitator and guide for patients, providing resources, access to clinical providers and answering questions throughout the cancer journey.

The program’s team consists of fellowship-trained surgeons, advanced endoscopists, medical oncologists, endocrinologists, radiation oncologists, and more who work together in the evaluation and treatment of patients.

we stand by our patients

We are here for you

Cancer care is a journey, one taken by you, your family and friends, and alongside Hoag. Hoag Family Cancer Institute can pair you with a dedicated clinical nurse navigator to support you with resources, connections to providers, and most importantly, help make you feel like you again.

Let’s do this together

Find the right doctor for you