Home > Patient Stories > ‘How Does One Live a Good Life?’ 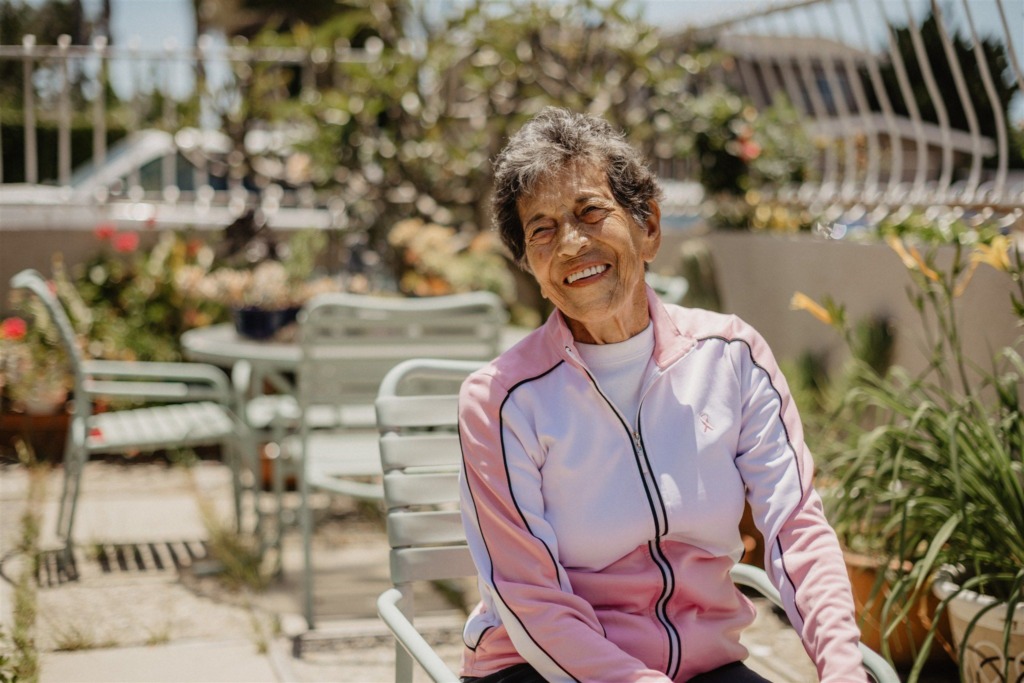 When Cristina Prada Herrera was diagnosed with breast cancer in 2014, nobody even bothered asking her where she wanted to receive her care. They didn’t need to.

Of course it would be Hoag — a place filled with deep and happy memories formed moment by moment, day by day, year after year during a decades-long career there that began shortly after Cristina immigrated as a young woman from Colombia to the United States in the 1970s.

Hoag occupies a very special place in Cristina’s heart. It’s a place whose hallways echo with the names and voices of cherished friends and loved ones, including her two grandchildren and three great-granddaughters Olivia, Penelope and Emma, who entered the world at Hoag.

In an eloquent heartfelt video tribute, Cristina’s grandson, Camilo Romero, called his grandmother “demanding and dedicated,” and noted her admirable experience as a professional who managed hospitals, hotels and laboratories in her native Colombia.

“A world traveler with the strength and elegance to enable,” Camilo said fondly. And with gentle loving humor, added: “Doting and generous — although she leaves her vegetables at the table.”

Beginning in 1974, Cristina had a front-row seat to Hoag’s steady growth and acclaim as a nationally prominent hospital. She worked as a housekeeper on Hoag’s Labor and Delivery floor, and was there when the hospital opened its first medical and patient tower. And while she witnessed a tidal wave of physical changes to the hospital itself and the services it offers the community, one of her fondest memories is of one man in particular.

Too many times to count, the late George Hoag II — a major benefactor whose generosity was instrumental in Hoag’s founding in 1952 — stopped to chat with Cristina and her coworkers. As he made his famous walkabouts throughout the halls of Hoag, he would ask them how their day was going and inquire about their families. The encounters left an indelible mark on Cristina and today remain a highlight of her many years at Hoag.

“I think Mr. Hoag was the nicest person, and the kindest person, in the whole world,” Cristina said. “He would stroll out in the middle of the hospital and, even knowing we didn’t speak English, he would give us a big hug. He’d say, ‘Without you guys, I cannot run this hospital. This is not my hospital — this is your hospital. It’s everyone’s hospital.’”

Cristina is currently participating in a clinical trial for her breast cancer, which returned in 2018 and metastasized to one of her lungs. She is thankful for her timely treatment and admits the medicine can feel worse than the disease. Her cancer is stable for now.

“Cristina is an amazing person — always putting others first, thinking and asking about their welfare, even as she confronts her own serious health challenge,” said one of her Hoag physicians, Luke Chen, M.D. “Hoag is so lucky to have had the benefits of her contributions as an employee for so many years. It’s people like Cristina who bring the phrase, ‘the heart of Hoag,’ to life.”

Cristina worked for Hoag until 1996. During her tenure, several other family members joined her there after they also immigrated from Colombia. Her family members credit Cristina’s hard work with being able to buy a home in Costa Mesa, where she raised her family and still lives. Camilo recently commissioned a mural in Costa Mesa honoring 11 poderosas – strong women – including his grandmother to honor her strength. Even more important, the family says, she instilled in them the importance of hard work, integrity, and caring for others.

“How does one live a good life, one full of memories, of joys and of strife?” her grandson asks poignantly in “La Good Life,” the video he made in Cristina’s honor. “Maybe I do know, after all, and can tell ya. I introduce to you someone special. My grandma, mi abuela.”