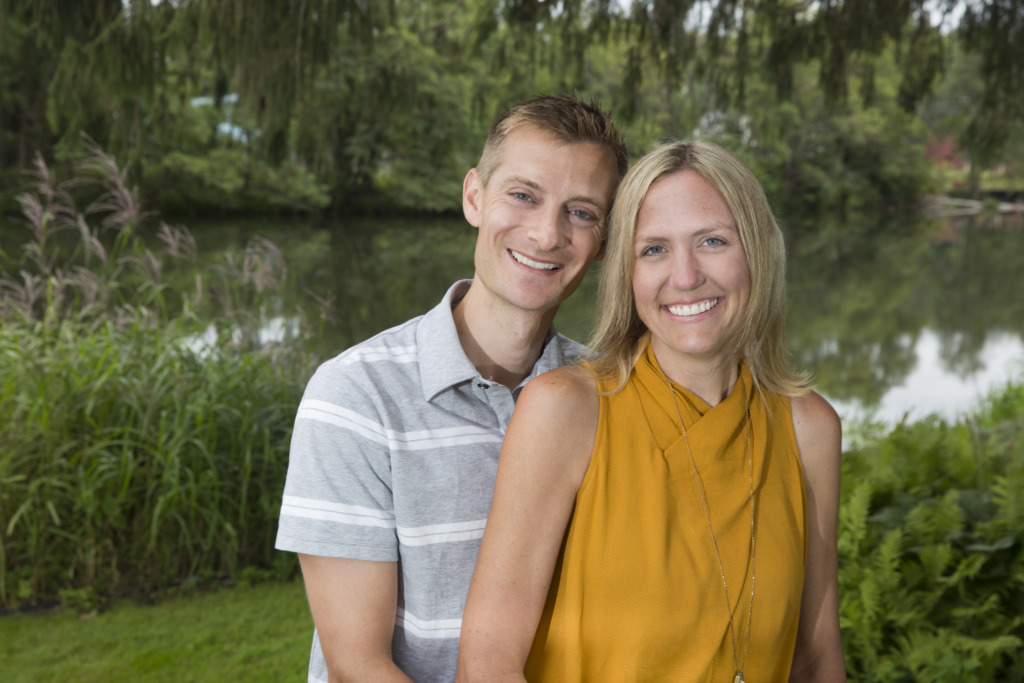 For many people who have epilepsy, ridding their lives of unpredictable, debilitating seizures is a priority. That was not the case for Lisa Egli.

But over time, medication-resistant seizures like the kind Lisa experienced can take their toll on a person’s memory, cognitive function and quality of life. When Lisa and her husband Seth learned about the long-term effects of her specific form of epilepsy, they were faced with a difficult choice. For 50 years, the only solution for patients like Lisa was a temporal lobectomy, a highly invasive, risky operation with known negative side effects.

“Our goal was to preserve her memory function, that was primary to curing epilepsy,” said Seth. “We could live with the seizures.”

The multi-disciplinary team that assesses each patient in the epilepsy program at Hoag’s Pickup Family Neurosciences Institute told the couple that there was good news: A new innovative, minimally invasive procedure. Still, the echo of 50 years of temporal lobectomies dogged Lisa and Seth.

“The only surgery I knew about involved physically cutting a piece out of your brain. I know someone who had a bad experience with that,” Lisa said.

“When Dr. [Andrew] Ly suggested surgery, I was shocked. I thought we were going to tweak the medication. Never in my life did I imagine that surgery was something we’d put on the table,” Seth said.

Lisa’s doctors explained Hoag would use an MRI-guided laser to ablate the source of the seizures in the brain. Hoag’s Pickup Family Neurosciences Institute is one of only a handful of Level IV centers, and was selected to provide the new procedure, which leaves healthy brain tissue unaffected. Early results suggest that side effects are minimal.

Lisa and Seth met with Vik Mehta, M.D., the skilled surgeon who would perform the revolutionary procedure. They met with David Millett, M.D., Lisa’s epileptologist. They even met with both of them at the same time.

“I was nervous,” Lisa said. “It was not an easy decision to make.’”

For six months, the couple researched the procedure, spoke to medical experts and talked with a patient who had undergone the operation.

“We started to realize that if we didn’t do anything the impact to Lisa’s memory might be worse than if we did,” Seth said.

Epilepsy affects nearly 3.5 million people. Of those, about a third, have a form of epilepsy that is difficult to treat with medication. But less than 1% of those patients opt for surgery because the standard procedure, temporal lobectomy, is so drastic and has significant side effects. Lisa and Seth said they appreciate that her medical team was committed to finding a better way to preserve patients’ quality of life.

“Talking through all of our questions, understanding what my risks were and how often Dr. Mehta had performed the surgery, that was comforting to me,” Lisa said.

Lisa and Seth were particularly impressed by the fact that Drs. Millett and Mehta spoke with them together to explain the procedure, as well as the possible risks and benefits.

“Dr. Millett truly is amazing. The patience he had with us was huge,” Seth said. “It did really help when Dr. Mehta and Dr. Millett sat with us together and explained what was at risk with brain function and what wasn’t. They were incredible.”

Lisa experienced grand mal seizures as an infant but was taken off her anti-seizure medication at the age of 2 and remained seizure-free until her 20s. When her seizures returned, Lisa spent the past 20-plus years learning how to work around them. All of that has changed now.

Lisa’s last seizure occurred in the hospital, the day after her surgery. She has been slowly weaning off her anti-seizure medication, with a goal of reducing her medication to one drug.

Anti-seizure medication can cause fatigue, lethargy and mental fog. Removing them has made a significant and welcomed difference to Lisa’s memory and cognitive function. These days, she’s even posing a challenge to Seth when they play memory reliant board games.

“At work, I stand up in front of people and present, and I was always paranoid about having seizures. I am not anymore,” she said. “I feel like my memory has improved as well. I’ve been surprised how much better the quality of my life is.”