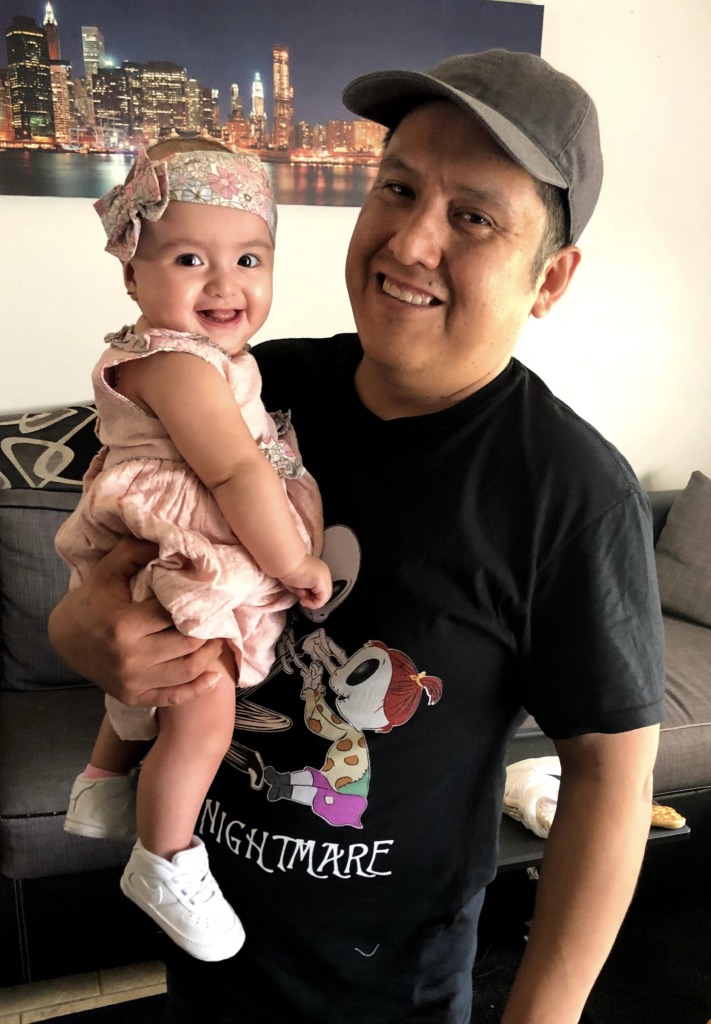 Israel Zuniga had been experiencing epileptic seizures nearly every day for a decade. He’d feel the seizures coming on with a tremble across his skin and lips. He’d lose the ability to speak, he’d drool and he often fell to the floor. Doctors attempted to control his seizures with medication, but nothing worked.

When Israel speaks about the past 10 years, he does so stoically. Epilepsy was simply in the cards he was dealt, and he thought he would have to live with it forever. He was one of the nearly 70 percent of people who need specialty epilepsy care in Orange County but have no access to it.

But just two months before the birth of his first child, Israel was referred to Lestonnac Free Clinic in Orange. Through a $1 million gift from philanthropists Nancy and Bill Thompson, Hoag provides uninsured patients with the epilepsy care they need.

Collaborating with Lestonnac Free Clinic in Orange, Hoag has been expanding access to outpatient services and providing comprehensive epilepsy services at the clinic and beyond, making possible an estimated 300 patient visits per year for uninsured local patients, at no cost to them.

After extensive workup, epileptologists James D. Park, D.O. and David Millett, M.D., were able to localize the seizures to the right mesial temporal lobe. Israel had mesial temporal sclerosis, which can be one of many causes of refractory or drug resistant seizures. Vivek Mehta, M.D., a neurosurgeon who is specially trained in epilepsy surgeries, performed a laser ablation, which is a newer, minimally invasive procedure used to eliminate abnormal tissue that causes seizures.

When Israel speaks about the care he received and the people who made that care possible, the stoicism melts away. He has been able to celebrate the birth of his child while experiencing a kind of “new life” of his own.

“It’s been a huge blessing,” he says, tearing up. “I am very thankful. I thank everyone who cared for me all along my journey.”

Patients receiving care through the partnership with the Pickup Family Neurosciences Institute’s Hoag Epilepsy Program are offered comprehensive treatment built upon the best in evidence-based practice, state-of-the-art technology and advanced research. Hoag is a leading resource for epilepsy patients and their caregivers in Southern California and is a designated Level 4 Epilepsy Center by the National Association of Epilepsy Centers (NAEC).

Through the expert care of Hoag’s team, in partnership with Lestonnac, Israel recovered quickly and has remained seizure-free since the surgery. He is able to drive, function without fear – and hold his young daughter.

“We thank God we found this place, otherwise I would still be on medications that do not help me the way the operation has,” he said. “I feel good.”