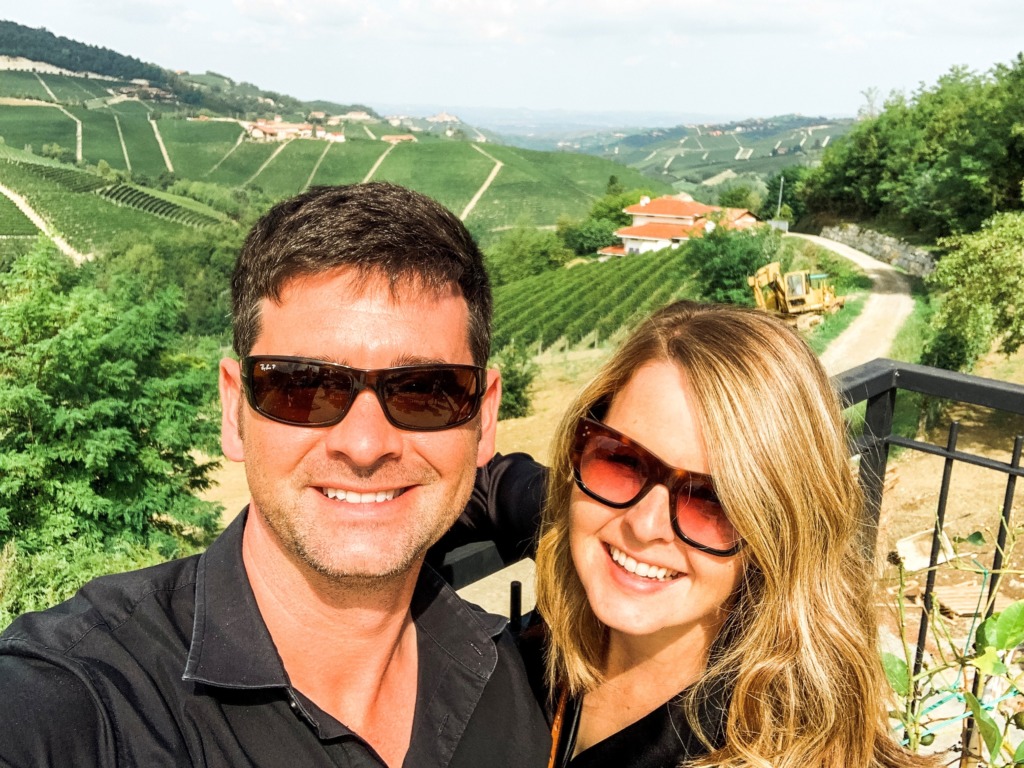 Amanda Wayne was ready for all of it to stop. The seizures. The medications. The uncertainty that comes from growing up with epilepsy.

She was ready to do something to remove epilepsy from her life forever. But it wasn’t until a year ago, that she learned that there actually was something she could do.

From the time Amanda was diagnosed at the age of 8, she was seen by doctors and neurologists in Central California who did not specialize in epilepsy medicine. They managed her seizures well enough for her to get through school and college, start a career and get married. But the seizures persisted, sometimes a dozen or more a day.

When Amanda moved to Southern California, a neurologist referred her to epileptologist David Millett, M.D., Ph.D., at the Pickup Family Neurosciences Institute at Hoag. From Dr. Millett, Amanda learned that the condition she had been living with for 25 years came with options – and with risks.

“I had lived with seizures for so long and my quality of life was OK, so I asked Dr. Millett, ‘What’s the problem if I keep living with seizures?’” she said. “He was surprised that I was blowing them off.”

For the first time, Amanda learned that her seizures could progress and worsen. They could even be fatal. No doctor had ever put her condition into perspective for her in that way, and Amanda believes she’s not alone in that experience.

Recently, Disney Channel star Cameron Boyce died at the age of 20 from what doctors believe is SUDEP, or sudden unexpected death in epilepsy. SUDEP affects about 1 in every 1,000 people with epilepsy. But for patients like Amanda the risk even higher: 1 in 150 with drug-resistant seizures will die unexpectedly from a seizure. But is rarely discussed, even by neurologists, until now.

“It’s unfortunate that someone had to die for people to talk about it. Epilepsy doesn’t get the awareness that it needs,” she said. “It’s hard to get an advocate for people who struggle with epilepsy. I think people try to keep their condition quiet.”

In the absence of a celebrity advocate, Amanda is speaking up. She wants everyone to know about the life-altering intercranial surgery she underwent with Dr. Millett and neurosurgeon Vivek Mehta, M.D., to remove the part of her brain that had become a maelstrom of seizure activity.

“I asked Dr. Mehta to record the resection,” Amanda said. “I’ve always been curious about science, and I just wanted to see what was happening in my brain.”

What had been happening was near-constant seizure activity. Locating the exact section of the brain that needed to be removed required a multiple-day stay at the hospital, during which electrodes were placed directly over and into the malformation.

Amanda said the care and consideration from the hospital staff made the 10-day experience feel as “normal” as possible. Her family and in-laws even gathered in her room to watch the Super Bowl.

“The hospital was great. I couldn’t have asked for better care. They were so kind. I can’t thank them enough for the support and for going above and beyond,” Amanda said. “Everyone from the phlebotomist to the people who clean the room, everyone in the Epilepsy Monitoring Unit took such great care of me and were so great to my family, especially to my husband. I am so grateful.”

During the brain mapping phase, Amanda experienced the first and only grand mal seizure of her life. She said it was then that she really understood just how bad things could get if she left her epilepsy unresolved.

“I didn’t know that I could have a grand mal seizure at any time,” she said. “My husband was scared to death.”

The second-phase of the treatment involved the actual surgery. Amanda knew that there were risks associated with removing a section of her brain, but she said it was worth it to rid herself of seizures.

“One of the risks was temporary paralysis, and I thought, ‘Well, I can do anything temporarily,’” she said.

The surgery was a success, and though Amanda struggled with speech and dexterity issues for six months, she has recovered well – and is seizure-free.

“I am slow to come up with words,” said Amanda, who returned to work recently after her recovery. “I don’t know if I’ll ever be the same, but I don’t care. If this is as good as it gets, that’s fine. I just count my blessings.” By 9 months after surgery, her speech was 95% back to normal.

Now, Amanda is dedicated to sharing her story to let people know about surgical options and other specialized treatments for people who struggle with epilepsy.

“People don’t know what their options are. Medicine has made it possible for more people to be candidates for surgery, but there isn’t enough awareness about it,” she said. “I feel so grateful. I have been given so much, and now I just want to give back to the people who helped me like Dr. Millett.”