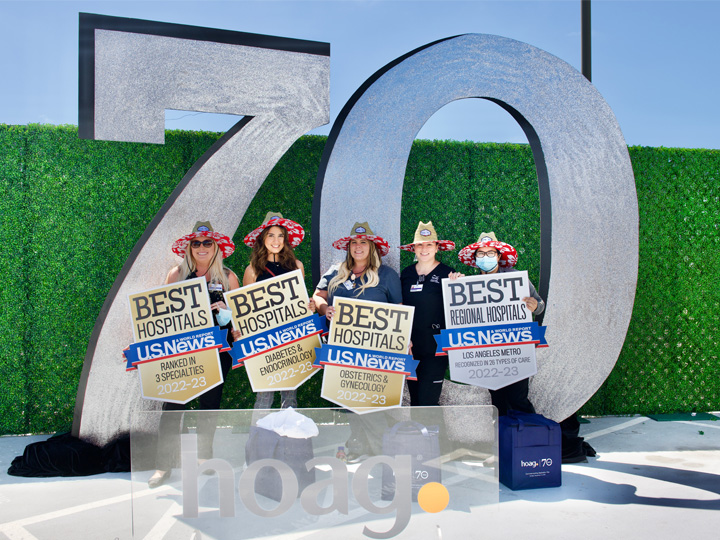 As Hoag Hospital Newport Beach celebrates its 70th birthday next week, the nonprofit agency has received a key donation that will impact care for years into the future. Hoag officials said that Hoag has received a $106-million donation from the estate of the late Audrey Steele Burnand, the largest single donation in Hoag’s history.

Burnand, who passed away in 2020, was the daughter of Harry and Grace Steele. In the early 20th century, Harry Steele led the U.S. Electrical Manufacturing Co. into one of the nation’s leading motor manufacturing companies.

“The Steele family’s decades of generosity, continued by the Audrey Steele Burnand estate, have benefited the Orange County community in immeasurable ways,” said Flynn A. Andrizzi, Ph.D., president of the Hoag Hospital Foundation, in a statement. “Through this remarkable gift, they once again have demonstrated their compassion for everyone who needs outstanding medical care. I can’t think of enough words to properly express how moved all of us at Hoag are by their generosity.”

Hoag has certainly expanded over the years, opening a hospital in Irvine in 2010 and several institutes for specialty care.

The original hospital was constructed through the Hoag Family Foundation, established by George Hoag Sr., his wife, Grace, and their son, George Hoag II. It was created at the time to take care of traffic accident victims on Pacific Coast Highway, Braithwaite said.

“It’s amazing,” he said. “I was looking at the historical facts last week prior to our board meeting. At the time we opened up, we had 62 doctors on staff, and we now have over 1,900 physicians on staff. I think the number of employees was in the 200s at the time, and we now have close to 7,500 employees that work in various parts of Hoag.”

Hoag has been a leader with innovations like robotic surgery and augmented reality care. Moving forward, Braithwaite said the organization has invested in work-site healthcare this year and is planning to launch its hospital-at-home concept next year.

Hoag Memorial Hospital Presbyterian has been named the best hospital in Orange County for six straight years by U.S. News & World Report, which Braithwaite said reflects a commitment to quality that goes back to the original founders. Hoag split from Providence earlier this year, allowing it to reclaim local control of reproductive care in Orange County.

Hoag also delivers more than 8,000 babies per year, Braithwaite said — about one and a half kindergarten classes per day.

“We call them our Hoag alumni, and it’s just getting bigger,” he said. “Most things that happen inside the hospital, it’s not the best day of your life, right? That’s one area where it’s a great area of the hospital.”