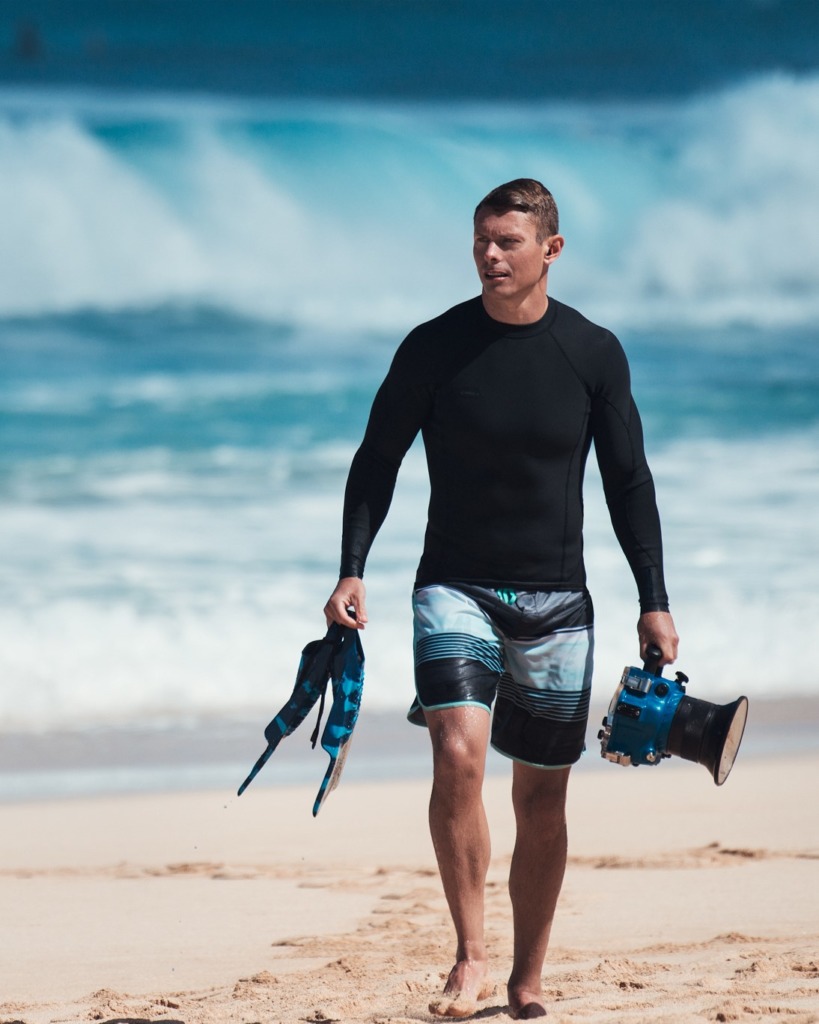 Jason Yokobosky had always looked to Hoag’s Newport Beach hospital flag for insight. Driving in darkness from Los Angeles to photograph those precious moments of civil twilight when the sun sprays silver light across the waves at the Wedge, Jason would routinely take note of the direction the flag was waving over Hoag to get a sense of the surf conditions.

In the early morning hours of Sept. 12, 2019, the Hoag flag predicted a normal day. A few hours later, it would represent so much more.

“The first wave I encountered that day threw me headfirst onto the ocean floor,” the surf photographer and former competitive body-boarder said. “Immediately, I felt pain in my shoulder. I thought, ‘Wow. That was intense. Do I call for help?’ As I assessed how my body was feeling, I swam back to shore. I felt like my shoulder came out of its socket. I was dizzy and nauseous.”

Jason is no stranger to sports injuries. After a half-hour, he figured he felt good enough and swam back out to capture more shots. Now, he knows that was a big mistake.

“A buddy came over, and I said, ‘I hit my head, so if you see me floating face down…’” Jason said. “My friend said, ‘Dude, get out of the water. You need to get checked out.’ Without him, I would have never gotten out of the water.”

As Jason walked back to his car, his neck started to get stiffer. Still, the intensity of his injury wasn’t apparent. He managed to get out of his wet suit and thought about driving back to L.A. As he got behind the wheel, he realized that was a bad idea. He started to drive toward the flag.

Jason’s lifelong athleticism likely saved his life – his neck muscles were strong enough to absorb the impact of head hitting the ocean floor. And the expert care he received at Hoag, Jason said, likely saved him from further injury, including paralysis.

In the ER, Jason started to lose feeling in his hand. A CT scan confirmed a fracture of his C6 vertebral body and a tear of the ligaments that stabilize the spine. Still, he didn’t realize how bad his injuries were. Then he noticed the title on the name badge of Vik Mehta, M.D., the doctor who came in to talk to him – “Neurosurgeon.”

Dr. Mehta, a neurosurgeon in the Pickup Family Neurosciences Institute at Hoag, explained his options. He could go wear a neck brace for 6-12 months to see if the injury heals, but one wrong turn and he could or be paralyzed. The other option was definitive surgery to stabilize his spine. Jason called his mother and she assured her son that he was in good hands.

“Hoag made me feel so comfortable,” he said. “A common joke is, ‘What are you a brain surgeon?’ Dr. Mehta is a brain surgeon. I was not nervous at all.”

Jason recovered from his surgery well and even entered the water again, doing laps in a pool just four months after breaking his neck. Every time he’s had a question about how hard he can push himself – at the gym, in the water – Dr. Mehta and his staff have been readily available.

“I emailed him 20 questions, and within 40 minutes he had answers to every single question,” Jason said. “Dr. Mehta is a champion.”

Jason said he’s always been a positive person, so he doesn’t feel that his recovery is a “new lease on life,” but he does feel it comes with a certain responsibility.

Project Wipeout started in 1979 with a mission to “wipeout” spinal cord injuries at the beach. Today, Project Wipeout continues as a hospital-based community benefit program dedicated to reducing the burden of beach injuries and drowning events.

“I made a lot of bad decisions that day. I shouldn’t have gotten back into the water. I shouldn’t have driven myself to the hospital. This is exactly what people need to see and hear,” Jason said. “If one person can remember this story and not go back in the water, that would be incredible. I think Project Wipeout is brilliant. To be a part of it is incredible.”

Jason said that he hopes his story stays with people, so that if someone is injured in the water, they remember to get checked out right away.

“There will be other sunny mornings, so why not make a point to be here for the next one?” he said.

In fact, the morning after his surgery, Jason remembers overlooking the bay from his hospital window to see the ocean. He was alive, he would recover, and he would use his story to spread awareness to others.