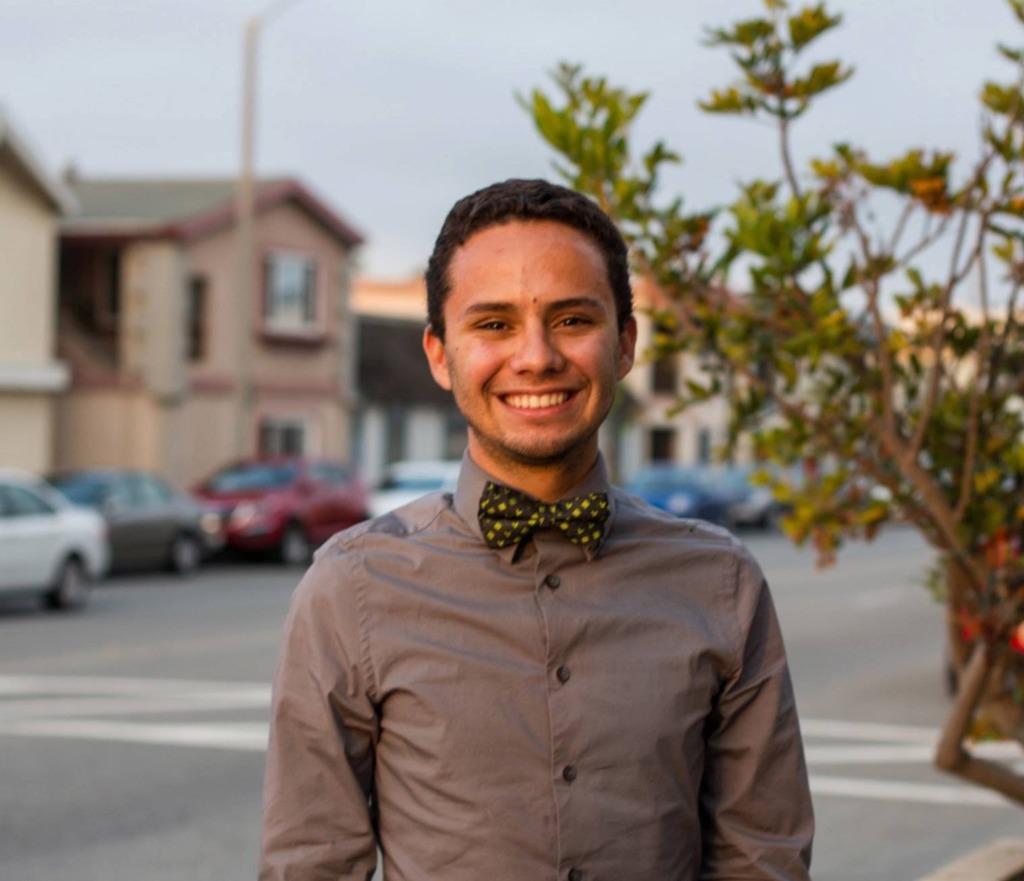 Johan had warned him.

At a “First Friday” event with the Herbert Family Program for Young Adults with Type 1 Diabetes, Daniel’s friend, Johan, cautioned him to keep his insulin monitor out of the water. “It’s splash proof, not waterproof,” Johan explained.

But Daniel jumped into a river stream while vacationing in Jamaica because, well, it was Jamaica and Daniel is 23.

“I got over to the beach and I started hearing a beeping sound. I looked at my pump, and it completely died. The first thing I thought of was Johan,” Daniel says, laughing. “I was in the middle of Jamaica, I didn’t have the proper supplies and I’m thinking, ‘Oh geez.’”

Daniel Diaz, who was diagnosed with Type 1 diabetes (T1D) at the age of 5, was able to call Hoag endocrinologist Daniel Nadeau, M.D. at the Mary & Dick Allen Diabetes Center.

“He ended up helping me out and telling me what I needed to do. It was amazing that I could call him. Really fortunate,” Daniel says. “When I came back, I went to the next First Friday and told Johan that he was right.”

“We were all laughing about it. It was cool to be in a setting where we all understood the gravity of the situation but were able to laugh about it, too.”

That’s the magic of the Herbert Family Program’s “First Fridays.” The monthly social meetings brings together people ages 18 to 30 who have been diagnosed with T1D. Like Daniel, most participants have had T1D since early childhood.

Evolving into adulthood is hard enough, but to manage those stresses along with diabetes care requires extra consideration – and advice from peers makes a huge difference.

“They gave me hard time, like, ‘How did you not know to be more prepared?’” Daniel says. “If you’re explaining it to a group of non-diabetics, they wouldn’t have got it. That’s what I value,” he says. They’re a community of people who understand what it is to live with diabetes. I didn’t have to explain what the problem was and what it could have meant. They automatically understood.”

Daniel especially appreciates that the group doesn’t meet in a hospital setting. Rather than a “support-group feel,” Herbert program members meet at restaurants, allowing for more organic socializing and friendships as well as participate in other events like the JDRF Walk

“Meeting at a hospital reminds you that you’re sick. Instead, we meet at different restaurants and talk about our common experiences: going to college, moving out, getting married. We’re people with diabetes, we’re not diabetics.”

“Free food and drinks? You don’t need to convince a college kid to come for that. We also have other events throughout the year, like an Angels game and a Christmas bowling party,” Daniel says. “Those are always a lot of fun. It feels good to share our experiences and hang out.”

The program benefits emerging adults who often find themselves thrust into complicated situations for which childhood had not prepared them.

“When you’re a kid, there are so many activities and groups for people with diabetes. After you turn 18, the resources are not the same,” Daniel says. “There are greater challenges. You go from your parents telling you what to eat and when to take your shots, to having all that responsibility on yourself. Suddenly you can do anything you want, eat anything you want. There is so much freedom, and it takes a lot of learning to figure out how to deal with that.”

In the three years since he joined the group, Daniel has attended a few weddings of group members and made lifelong friends.

“Everyone is so welcoming and so happy to have you there,” he says. “I met so many awesome people. There will be a time when I outgrow the group but I won’t outgrow the people that I met.”