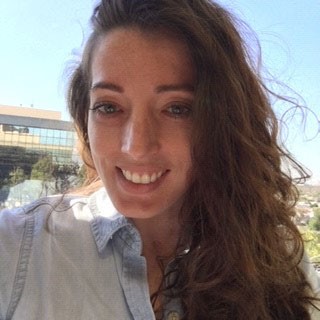 It took four years, two induced comas, a litany of misdiagnoses, a laundry list of incorrect (and in some cases dangerous) medications and four “second” opinions before Emily Shafer found the right doctor for her daughter, Lauren.

Now that she has Lauren under the care of neurologist David Millett, M.D., Emily said she isn’t going anywhere else.

“When we moved to Arizona, Dr. Millett asked me if I wanted him to help me find a doctor there,” she said. “I said, ‘No. I’m staying with you. We’re with you for life.’”

Dr. Millett treated Lauren with a powerful combination of autoimmune treatments and newer antiseizure medications that have made an incredible difference in her quality of life. He’s attentive to Emily and her daughter, and he makes it clear that he is invested in Lauren’s health.

The difference between where Lauren is now and where she came from is as stark and as wild as Lauren’s story itself. In May of 2014, she was a healthy 24-year-old working on a special assignment for her company in Palm Desert. One day at work, she experienced what would be the first of many seizures and ended up comatose and in the hospital by the end of the day.

Emily drove to the hospital from her home in Rancho Cucamonga with nothing but her purse. She had no idea how this inexplicable and dramatic event would change the course of both their lives but expected to return home with Lauren as soon as she recovered.

Doctors were able to stop the seizures, but they didn’t know what caused them. Drug tests came back negative. They thought maybe it was dehydration. Or a vitamin deficiency. After several days of what Emily describes as inattentive and indifferent care, the desert doctors conferred with the neurology team at a larger hospital, and it was decided that she be transferred to the new hospital.

She arrived in respiratory arrest and in status epilepticus. Her treatment – and her condition, didn’t get much better. Lauren had to remain in an induced coma to keep the seizures from taking over her body. Every time they tried to wake her up, the seizures would start again. Finally, one of the tests came back positive: Lauren’s seizures and neurological decline was caused by an extremely rare autoimmune condition: her body was making rogue antibodies that crossed the blood-brain barrier and disrupted normal communication between neurons and triggered seizure activity continuously. Although finally diagnosed, she did not receive the correct treatment, and instead she was prescribed five seizure meds, and her seizures continued.

Six months went by, and Emily never left her side. When it became clear that Lauren’s condition would require years of round-the-clock care, she quit her job. She didn’t have a medical background when this journey began, but now Emily’s speech is peppered with phrases like “titrating her medications” and “status epilepticus.” She said she had to educate herself because until she met Dr. Millett, every doctor she spoke with tended to ignore her.

“One of the neuro team doctors at (a different hospital) shrugged his shoulders and said, ‘She might never recover, and sometimes you never know what causes someone to have seizures.’ I couldn’t believe that they were willing to shrug their shoulders and just give up,” Emily said. “The doctors just brushed me off.”

Through Emily’s vigilance, Lauren was able to return home and enter rehabilitation programs to help with her speech and cognitive functions. Between the seizures and the medication, she could no longer perform basic tasks such as telling time, reading, writing, and general self-care. Lauren struggled to communicate and understand.

Emily spent the next three years researching doctors and driving all over Southern California to search for the right care for her daughter. One night, she attended an epilepsy support group in Orange County with specialists from all over the region. Emily made a beeline for one of the speakers afterward, only to be disappointed by the neurologist’s lack of interest. Hoag Neurosciences Nurse Navigator Sheena Dhiman was standing nearby and encouraged Emily to give Dr. Millett a call.

“I thought, ‘Dang. How much farther do I have to drive to get the right care and treatment for Lauren? How many times will I have to start over supplying a new medical team with all of Lauren’s history?” Emily said.

Emily prepared mentally for the same routine of tests and flip-flopping of medications that had become their normal, but right away it was clear that Hoag’s patient-centric care and team-based comprehensive approach was different.

“This is the first doctor ever where I can call, email, text and they get back to me. They work with you as a team,” Emily said. “He talks to my daughter. He talks to me.”

The failed medications that other doctors had insisted upon were removed from her regimen. Instead, Dr. Millett recommended a newer antiseizure medication and course of infusions with rituximab, a powerful form of immunotherapy. Within a month, many of Lauren’s more noticeable speech issues were gone. She started to read a little, count money and tell time. Lauren is more engaged, starts conversations with strangers now. Something she hasn’t done in years.

“I can’t say enough,” Emily said. “They work as a team, so you always have someone to talk to. And when you talk to him, he’s not talking down to you. He’s not rushed. He’s listening to you. During every visit, he is engaged with my daughter even when she was struggling to talk. He has the patience to talk her through it. It’s a partnership.”

Now that Lauren is regaining more of her cognitive function, she is growing impatient. She wants to drive. She wants to find a job again. She wants to drink sugar-and-caffeine-laden energy drinks and live life like a normal 30-year-old. While these goals are a bit off in the future, they are finally conceivable.

“On our last visit, Lauren was pounding him with questions. He answered her questions, discussed her issues, made her feel part of the decision process,” Emily said. “And he smiled because she has improved so much.”