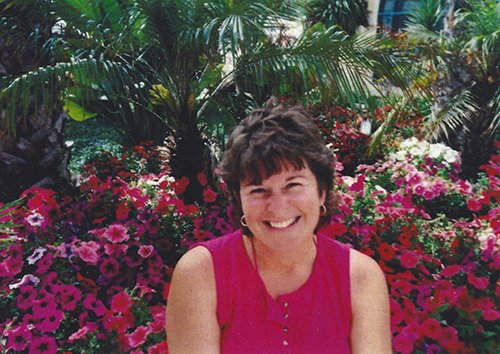 She stared at the slice of pepperoni pizza sitting on her coffee table.

It was exciting to order it, exciting to think about tasting the salty cheese and sweet sauce, but Sarah had not had pizza, her favorite food, in more than a year.

As she stared at the slice, it getting cold on her coffee table, she wasn’t sure she wanted to take that first bite.

As an esophageal cancer survivor, eating and enjoying food had been lost for Sarah for more than a year.

“I looked at it long and hard and thought, ‘Do you really want to do this?’” she said. “What if it doesn’t go through the process it’s supposed to?”

For only a few short weeks before coming to Hoag, Sarah had trouble swallowing and eating. Her social life slowly suffered as she stopped dining out with friends and missed group gatherings.

She was diagnosed with esophageal cancer in May 2014.

Sarah said she remembers watching the doctor speak, but she couldn’t quite comprehend the words.

“It’s what people say; you really feel like you’re hit over the head with a bat,” Sarah said. “I was just watching the doctor talk and everything was just kind of flashing. It was terrifying. Cancer is terrifying.”

But Sarah clearly remembers what her primary Internist told her at the end of the appointment: “I was told, ‘We’re going to get you the best. You’re in good hands.’”

About a week later, Sarah waited in the exam room to meet the best at the Hoag-USC Surgical Center for Digestive Diseases.

“He’s one of those people that you just feel an immediate connection,” she said. “He is so compassionate. He is just perfect for his profession.”

Dr. Bildzukewicz walked Sarah through what the next steps would be including pre-surgery radiation concurrent with chemotherapy to fight her cancer. She said he was patient, even when she had to ask him to repeat things during their appointment.

“He explained the realities to me very thoroughly and calmly,” she said.

Surgery was successful, but she had to undergo additional chemotherapy after Dr. Bildzukewicz expressed concern about her lymph nodes possibly being affected.

When she returned home, she was equipped with a feeding tube as a precaution. After surgery, Sarah had no appetite and found it difficult to eat.

Sarah returned to Dr. Bildzukewicz several weeks after the surgery, longing to get to a place where she could enjoy food.

“Eating is life,” she said. “It is such a social thing. I could have apple sauce, cottage cheese, yogurt, things like that, but all I would think about is how I wanted a piece of pizza.”

About six months after her surgery, Sarah was home, staring down at that slice of pizza.

She took a bite.

“It tasted OK, but that poor pizza had such high expectations,” she said, laughing. “I think even if some famous chef would have made it I probably would have thought it was just OK.”

But the pizza and its quality was not the point, she said. That moment was a turning point in her journey, signaling she would again get her life back.

Sarah will be able to dine out with friends and won’t have to miss group gatherings.

“The great part is, I have the desire to eat again,” she said. “That silly piece of pizza was a test. I thought to myself deep inside, ‘If I can handle this, I’m good.’”

Thanks to her outstanding team at Hoag who went above and beyond to care for her, today Sarah is good.