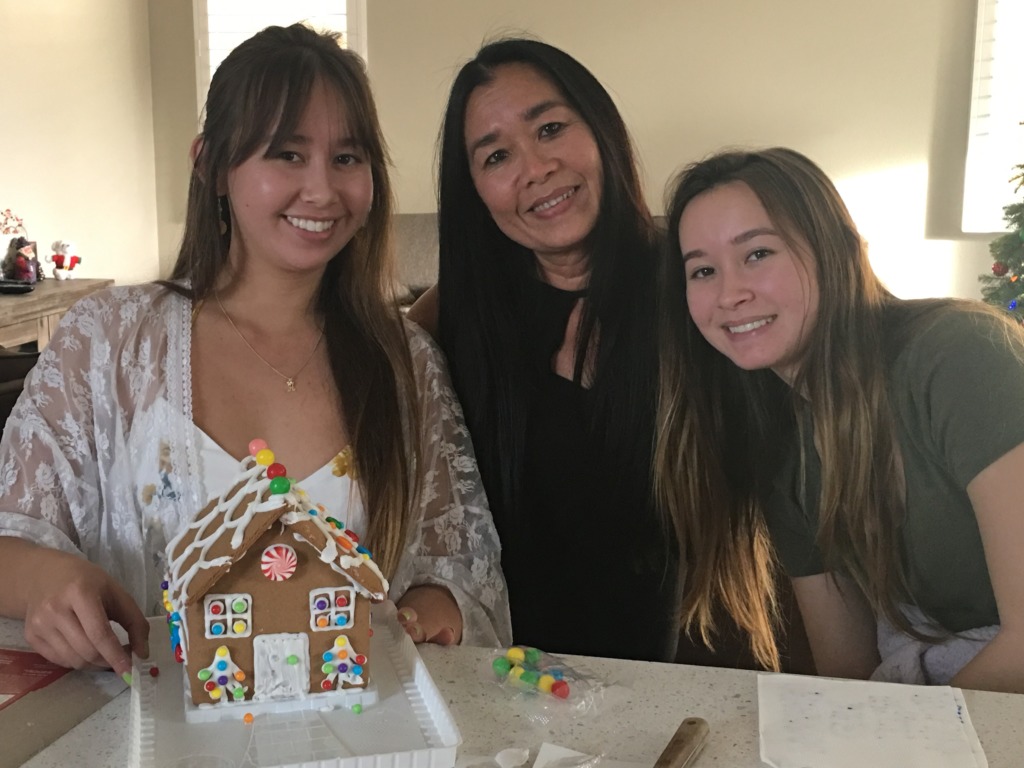 Christine Huynh’s first thoughts were for her daughters. A diagnosis of breast cancer is scary enough, but when you are the mother of two teenage girls, the words “breast cancer” can be shattering.

“When I received the diagnosis of invasive ductal carcinoma, I started crying. ‘What about my daughters?’” says Christine, 48.

Genetic counselor Frances Oh, M.S., was able to put Christine at ease. Christine does not carry any of the genes associated with higher breast cancer risk. Instead of fearing for the future, Christine was able to focus on the present, on herself and on her well-being.

Once she was able to concentrate on tackling the cancer, she found she had more questions than answers – and a lot of unsolicited advice.

“My sister said, ‘Cut it off and you don’t have to worry about it,’” Christine says. “But I didn’t want to do that. It’s a big procedure. And there’s no guarantee the cancer won’t return.”

The medical team at Hoag listened to Christine’s needs, assessed her prognosis and worked with her to come up with a plan that made her comfortable and kept her in control. Working with breast surgical oncologist and Hoag Breast Center Program Advisor, Sadia Khan, D.O., Christine opted to undergo a lumpectomy with reconstructive surgery, a procedure known as oncoplastic surgery.

Nirav Savalia, M.D., director of Oncoplastic and Aesthetic Breast Surgery at Hoag, worked with Dr. Khan to perform the surgery, which combines plastic surgery techniques with cancer removal principles to leave women both tumor-free and whole.

“I trust Hoag and I trusted Drs. Khan and Savalia. I read up on the work that they do, and based on their experience, I had a lot of comfort going in,” she says.

Christine laughs that “from the time I got diagnosed to the time of my surgery, I think 20 to 30 people saw my breasts,” but she marvels at the professionalism and care of the extensive and comprehensive team at Hoag.

“They explained what the procedure would entail, and the process from start to finish, and the doctor would take the time to make sure that I understood,” she says. “When I cried, the radiologist cried with me. She has daughters, too. And everyone was so kind.”

Because Christine’s cancer was caught at an early stage, she was able to undergo a shorter round of radiation than most. After 21 days of treatment from radiation oncologist Kevin Lin, M.D., Christine’s regimen was over.

“On my last day, I felt like I was really going to miss the nurses and everyone,” Christine says. “I said, ‘What am I going to do when I don’t see you guys anymore?’”

What Christine did was build upon her experience of empowerment and take control of her health. By changing her diet, Christine dropped her “bad” cholesterol from 199 to 87. She started running in half-marathons, doing CrossFit 3-4 times per week, cut out all sugar and watched her high blood sugar issues disappear.

“I told myself, ‘If I can survive breast cancer, I can control this,’” she says.

Christine still sees oncologist An Nguyen, M.D., regularly to receive Tamoxifen. She sees Dr. Khan every six months and Dr. Lin once a year. While she fears recurrence, she has faith that if the cancer were to come back, it would be found early enough that she and her medical team could defeat it again.

She no longer fears for her daughters or for the future. Instead, she’s focused on taking control of her health.

“For me, once I decide to do something I make it happen.”