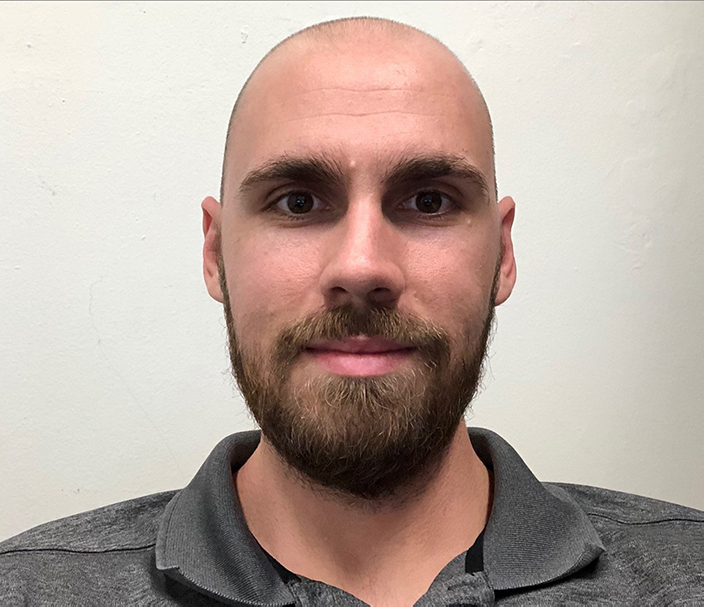 James Tillman couldn’t understand why his throat was so incredibly dry. Even after guzzling three 32-ounce bottles of water and getting a good night’s rest, the dryness persisted.

A healthy, 26-year old, James had begun to notice that over the past four months he was feeling fatigued and abnormally thirsty. By August 2018, his symptoms had grown more severe and he had lost nearly 40 pounds.

Little did he know, his life was about to take a dramatic turn.

One Monday morning in August, James felt increasingly sluggish with almost flu-like symptoms, so he decided to stay home from work. In a frantic — and unsuccessful — effort to quench his thirst and replenish his electrolytes, he tried drinking Gatorade, but was unable to keep anything down. The following day, he continued to feel flu-like and his girlfriend reached out to his mother to ask her to check in on him as he seemed “out of it.”

James’ mother, Tina, knew something was seriously wrong. After calling his cell phone five times, James finally picked up. He could not respond and all she could hear was heavy breathing on the other end. Panicked, his mother stayed on the line with James and his father called 911.

After running a series of tests, emergency department doctors delivered the startling news to James: He had diabetes.

James was diagnosed with Latent Autoimmune Diabetes in Adults (LADA). Like the autoimmune disease type 1 diabetes, LADA occurs because the pancreas stops producing adequate insulin, most likely from some “insult” that slowly damages the insulin-producing cells in the pancreas.

When they had tested his blood sugar level upon arrival to the emergency department it was at 799 milligrams, a condition that, if left untreated, could lead to coma and death.

The symptoms he had been experiencing in the months leading up to his diagnosis were warning signs that he was developing this slowly progressive form of diabetes.

“I literally almost killed myself drinking sugary energy drinks, thinking I was dehydrated because it was a hot, summer day,” James says.

Following his close call and after being discharged from the hospital, James’ mother, who works in the nursing education department at Hoag, insisted he visit the Mary & Dick Allen Diabetes Center, with locations in Newport Beach and Irvine. The Allen Diabetes Center offers comprehensive care, nutritional and other lifestyle education classes, and ongoing support in helping patients like James manage their diabetes. The center offers classrooms with state-of-the-art education technology and private consultation rooms for individual patient appointments.

Today, James is back to feeling normal and is enjoying life again as he manages his LADA, thanks to the expert medical care, counseling and other resources he continues to receive from the Allen Diabetes Center.

“It’s still a learning curve,” James says, “but it’s really nice to know I can get in contact with Dr. Ahn if I need something. He’s more educated about this than other endocrinologists. Dr. Ahn really knows what he’s talking about.”

James, who developed diabetes despite the fact that his family has no history of it, says he no longer tries to understand why he was susceptible to the metabolic disease.

“Looking into that is just self-harm,” he says. “There are so many competing theories and so I’ve learned to just deal with it and it is what it is.”

Today, James injects 19 units of basal insulin and typically consumes no more than 100 grams of carbohydrates a day, approximately 1/3 the national average. While he was learning to manage his LADA, he met with Dr. Anh every six weeks. Now, with his disease under control, he will continue to make visits to the center on a quarterly basis.

“My nurse practitioner jokes that I graduated from Diabetes 101,” James says with a laugh. “If I could say something to someone who has just been diagnosed with diabetes, I would say, ‘It’s difficult, but you can do it.’”