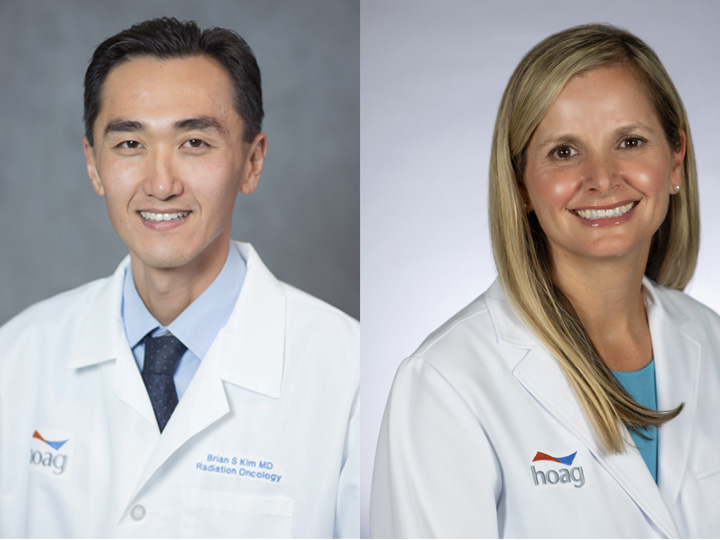 Laurie Paolone has a background in boxing, which is helping her in the next round of her life.

The Newport Coast resident said she competed in seven matches over the years and kept training in the sport regularly.

What floored her, though, wasn’t an uppercut. It was the news, in April 2019, that she had been diagnosed with pancreatic cancer.

“I was not expecting that word to come out of the doctor’s mouth,” said Paolone, 49. “I was like, ‘I’m going to die.’ The first thing I thought about was, ‘Oh my God, I can’t have my parents bury me.’”

After reading online the survival rates for pancreatic cancer — the five-year survival rate for Stage 4 cases like Laurie’s is increasing, but still less than 5% — Paolone said she went into a deep depression. She was put on schizophrenic medicine.

To fight the tumor, she said she underwent an emergency Whipple procedure, then 12 rounds of chemotherapy at Hoag Hospital.

She moved in with her parents, Gennaro and Grazia. Her sister, Kathy Bos, takes care of much of the medical scheduling.

Laurie Paolone, from a large Italian family, has maintained her spunk. She laughs at the fact that it was 12 rounds of chemo — the usual length of a boxing match.

“I do have a high tolerance for pain,” she said. “Boxing and MMA taught me how to take the hit and roll with the punches. My boxing coach [Jason Parillo of the RVCA Gym in Costa Mesa] would always come visit me every week when I had to go get chemo, to mentally prepare me.”

Paolone said there was no evidence of cancer by late 2019, but a year later it had returned in her stomach and liver. This time, Hoag had the help of a new technology.

Paolone was one of the first to be treated using the ViewRay MRIdian machine, the world’s first MRI-guided radiation therapy system. Hoag procured one of the devices through a $9-million donation from longtime donor and author Dean Koontz and his wife, Gerda.

“This is very precision-focused radiation delivery,” said Hoag Hospital’s Dr. Brian Kim, a radiation oncologist. “Because it’s precision-focused, we have to be able to visualize her tumor while we’re treating her. We have to be able to track her tumor while she’s breathing. If her breathing is moving her tumor all over the place, we could be missing the tumor, so this technology allows us to track the tumor while she’s being treated. It also allows us to minimize the dose that goes to the normal organs around that area.”

Paolone said there was no evidence of cancer by June 2021. She went to Italy for three months, but her tumor markers started going up again late in the summer. The cancer had returned to her liver.

Luciana Freire, a Newport Beach-based wellness coach and yoga therapist, helped Paolone deal with the latest news. The two have been friends for about five years.

Paolone told Freire she would likely be on chemotherapy for the rest of her life. But she said it with a laugh.

“Laurie does have this warrior energy in her,” Freire said. “She’s very devoted and committed … and very thirsty to live. She has made peace with the process, and yet she doesn’t give up. Laurie is one of a kind.”

Another person with Paolone every step of the way has been Dr. Tara Seery, an oncologist who just started at Hoag the same week that Paolone first received her cancer diagnosis.

Paolone maintains that it was a sign from God. To Seery, it has also been an experience coming into her patient’s world.

When Paolone’s initial chemotherapy was complete, Seery said about two dozen of her family members came into the office and brought food and desserts.

“It was cute to see,” Seery said. “Laurie has a very busy social life … You can live life at the same time. Movies make everyone seem like they’re as sick as a dog, can’t leave the bed. If anyone sees her now, they’d have no idea that she has pancreatic cancer.”

Paolone said her goal is to make it to the five-year mark since her diagnosis, which would be in 2024. She is returning to Italy this summer, where she plans to celebrate her 50th birthday in August with friends and family.

She will continue her treatment while she’s abroad.

“Mentally is the hardest part,” she said. “The journey of cancer is not the chemo, not the surgery, it’s mental. It’s all in your head. It’s the same with boxing, when you go in the ring.

“I have a very blessed and fortunate life. I just have a different lifestyle than everybody else. That’s the way I look at it now.”